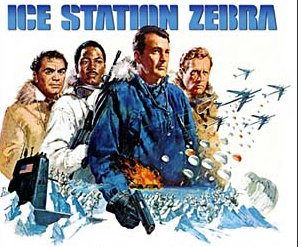 An interview with Prisoner experts Rick Davy and Roger Goodman about the behind the scenes story.

So, just who invented The Prisoner, and from where did the inspiration for the stories come? Both Patrick McGoohan and George Markstein have separately claimed the right to be the number one originator of the series. McGoohan was the star, forever the face of Number 6; while Markstein, screen-credited as script editor during much of the series, called himself story editor — a more hands-on, creative role.

Yet, the roots of inspiration may have travelled deeper than previously thought. World War Two’s history and subsequent fiction was a great source of material for Markstein as a creator of The Prisoner. Take this example: